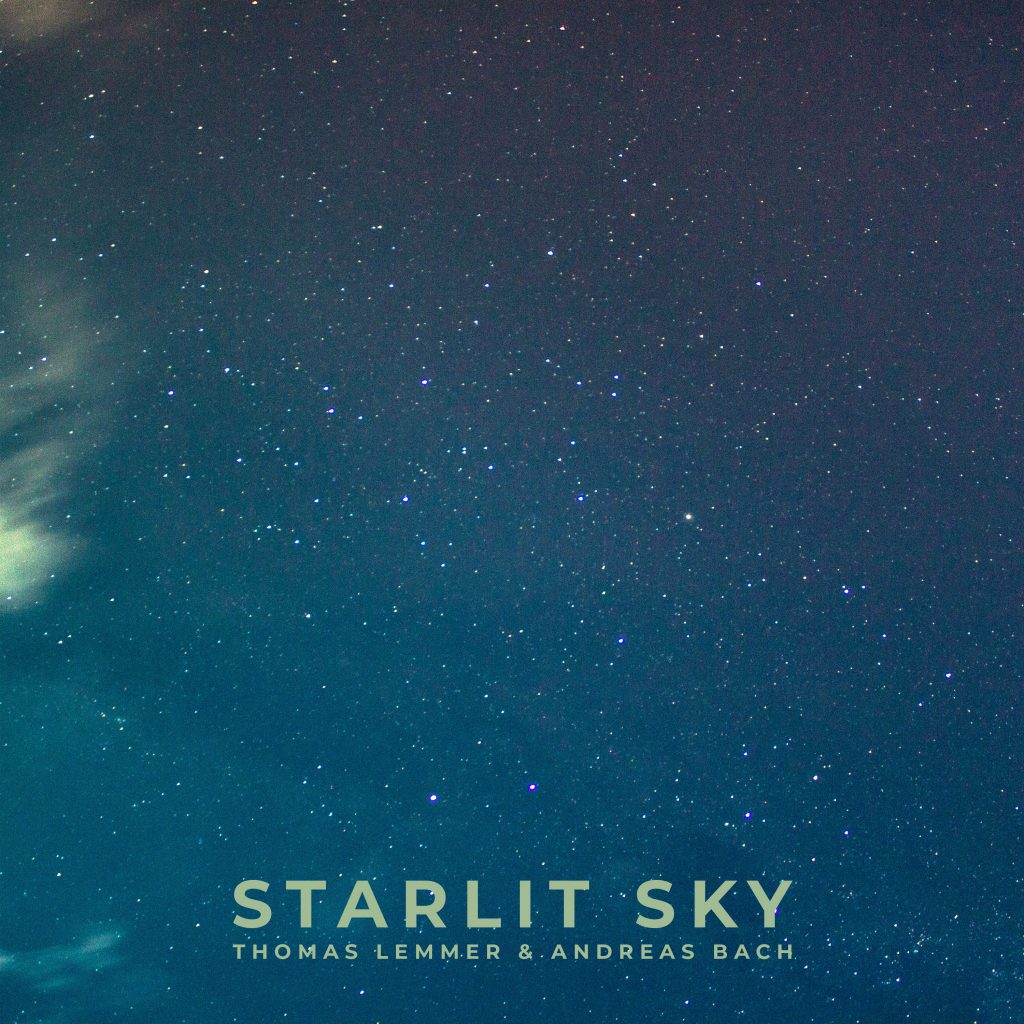 On 28 June 2019, Thomas Lemmer and Andreas Bach will release the single “Starlit Sky” from their upcoming album “Night Travellers.”

The single will be released by the well-known Chillout/Ambient label Sine Music and will be available at all well-known download and streaming portals.

The two “Night Travellers,” as Thomas Lemmer and Andreas Bach call themselves, produced with “Starlit Sky” music for the big screen behind your eyes.

“You drive through the night. Your spotlights weakly illuminate the street in front of you. You see the Milky Way on the horizon, and you’re dreaming while you drive home. Somehow I have this feeling and picture in my head when I hear “Starlit Sky,” says Lemmer about the song.

But no matter what pictures the artists had in their heads, this song manages to make your very own film run — the perfect soundtrack, deep, relaxing, big, inspiring.

A song made for star-bright nights.

Dive into the sea of stars with the sound universe of “Starlit Sky.”