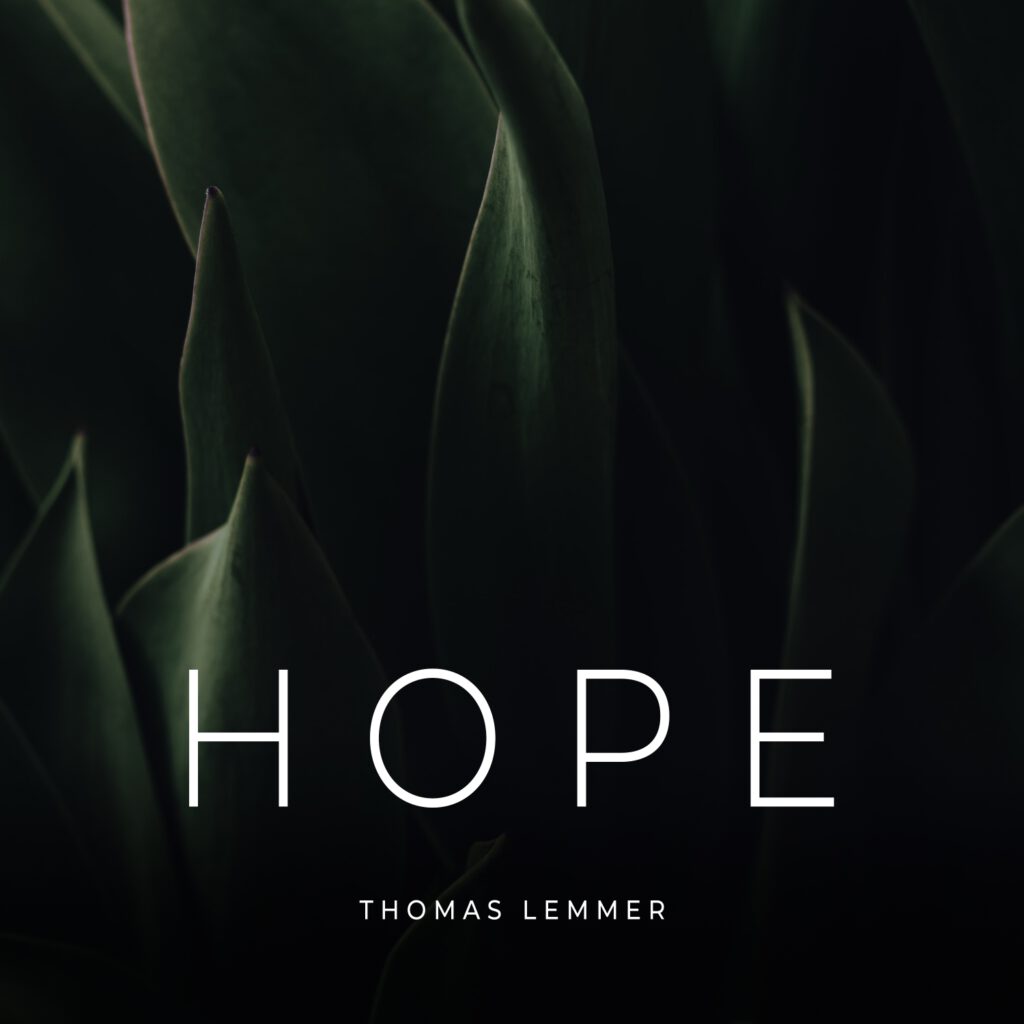 “HOPE” – an album name that couldn’t fit better into our present time. Thomas Lemmer produced the 16 tracks and four bonus tracks of the album during the pandemic. But the current events encouraged Thomas Lemmer to form an antipole with his music.
His music helps to retake courage and to continue, even in seemingly hopeless situations.

Thomas Lemmer proves his versatility again with “HOPE”. While his last album, “AMBIENT NIGHTS”, was more ambient oriented, he uses different styles like chillhop, chillstep, downtempo, pop ballads, ambient with neoclassical influences up to deep house on his current long-player.

Despite all the variety, a common theme runs through the album and his unmistakable compositional signature and sound.

Thomas Lemmer loves collaborations, and so he has worked with a wide variety of artists on “HOPE”. Among them, the singers Valeska Rautenberg, Esther Esrah, and Tina Sona.
In addition, the producers Christoph Sebastian Pabst, with whom he already produced the two albums “MEERBLICK” and “BERGBLICK”, as well as Tauon (Olaf Gretzmacher), who already produced several remixes for Thomas Lemmer.

It is also extraordinary that he has dedicated himself to covering a song for the first time. With “THE POWER OF LOVE” (originally by Frankie Goes To Hollywood), he produced a reduced, almost acoustic version of this world hit, whose lyrics will certainly never lose their meaning. Sung by Tina Sona, who, with her fragile and at the same time powerful and expressive voice, gives you goosebumps. A very emotional and worthy version.

With “HOPE”, Thomas Lemmer continues his two successful albums, “STILL” and “PURE”. It is an album that you like to listen through. It is varied and interesting. Where you discover new details with every listen. Not dedicated to any single genre alone but to bridge the gap between all the sub-genres that exist in the electronic field, and that inspires him so much. Creative, new, bright, powerful, positive. These were the attributes that were important to him when creating the album.

In addition, the album is released in Dolby Atmos format. For this purpose, the album was remixed and prepared for the Dolby Atmos format by Eric Horstmann (Moderat, Rodriguez Jr., Robin Schulz, CRO) at Immersive Lab Studios in Berlin.
For those who want to dive even deeper into the production, this format is highly recommended. Available on Apple Music, Tidal, and Amazon.