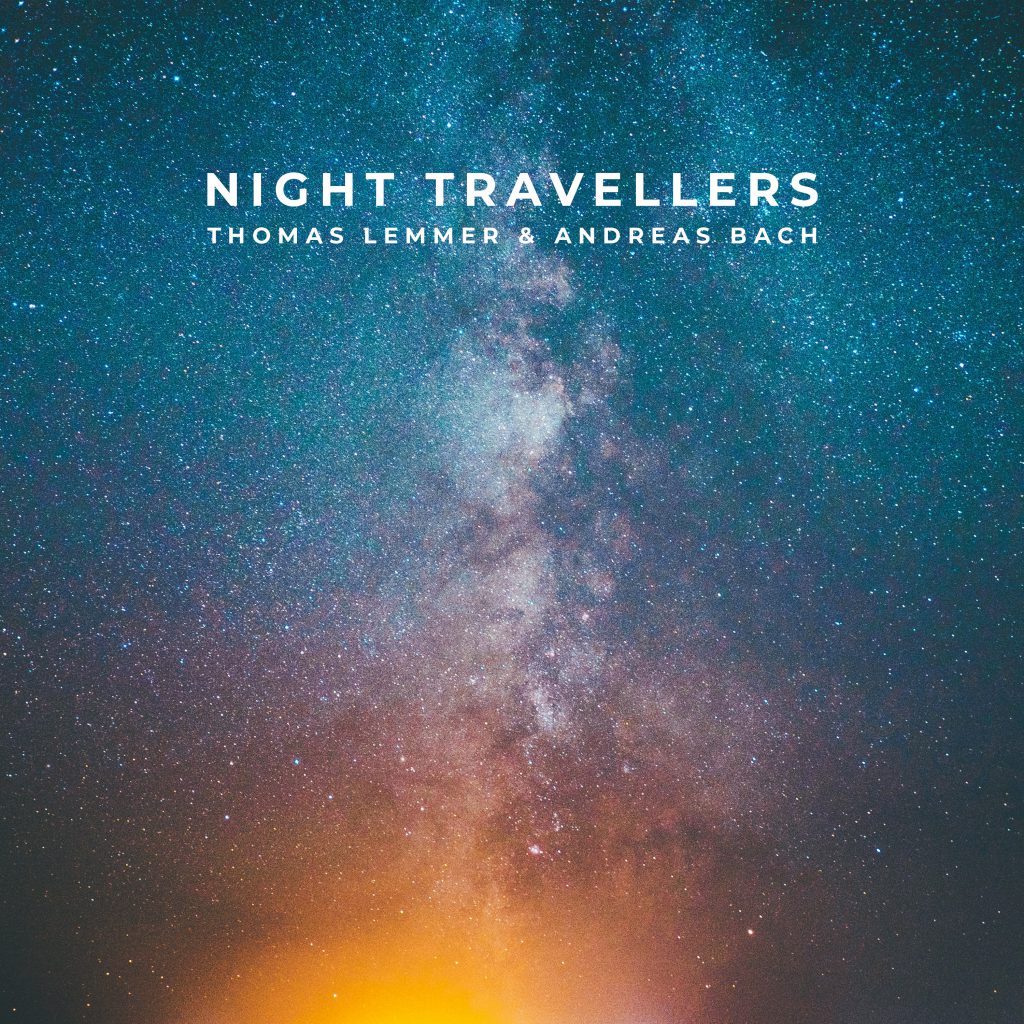 Their debut album “Night Travellers” will be released on 12. of July 2019 at the Electronic/Ambient Label Sine Music and will be available at all known download and streaming portals.

So it still exists, instrumental music that touches. With their songs, the two musicians create a new world in which you can immerse yourself and forget your everyday life. You have to hear it, and you will feel it immediately. Get involved. Close your eyes and dive into the peace and serenity their music transmits.

With “Night Travellers,” the two creative minds set an antipole to our mostly hectic everyday life. Both musicians worked on their artworks in nightly sessions with a lot of love for detail. Their unmistakable sound takes you on sound journeys to distant dream worlds. They create music into which you can withdraw with closed eyes — being with yourself, being able to come to yourself. Music for which you want to take your time. Music that echoes in your thoughts.

Thomas Lemmer has long been a name in the Downtempo/Ambient scene. After several album releases and chart successes, Thomas decided to work with Andreas and explore new territory.

“Andreas plays guitar and bass incredibly sentimentally and works together with me on the sound design, which we put a lot of time into. We just complement each other perfectly.”

“But it’s not about us… it’s about the love for music and the emotions it can transport for us. In every song and every detail, we put our feelings and all our experience and try to reach the listener. Only when it moves us ourselves are we happy with the result.”

“Night Travellers,” an album that touches.