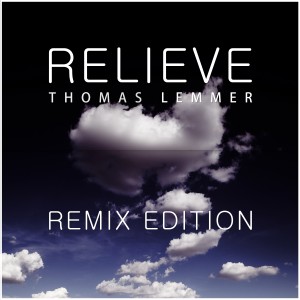 Twelve tracks of the much-valued album have been remixed by top-class artists like Klangstein, Jerome Noak, Stray Theories, Tim Angrave, Setsuna, Synapsis, Houie D. and of course Thomas himself.

Thomas Lemmer, already well-known within the world of chillout music, demonstrates his unique ability to capture this genre in its most purest form.

Since 2009, tracks from his debut album Chillout Lounge have been released on more than 100 compilations worldwide, even celebrity names such as Café del Mar and Le Café Abstrait have sort after his numerous tracks for their most popular releases.

For all who love chillout music, RELIEVE, and of course the REMIX EDITION is an absolute insiders’ tip.

The album can be bought on all common download stores.

Or order the original CD here:

Cover and artwork by Javier Pardina.