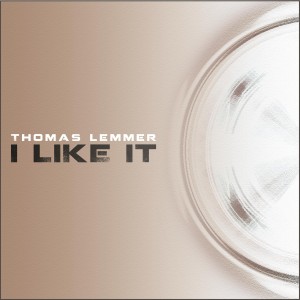 Thomas Lemmer released the single „I like it“, taken from his much valued album „RELIEVE“.

“I like it” builds up a deep relaxing breath taking world of sounds. While listening, you will be drowning into an inspirational deep atmosphere.

The single features a chill house remix of Jerome Noak and an ambient remix of Stray Theories (Micah D. Wolfe). Both artists are highly valued in their genres.

Jerome belongs to the active formers of the current house scene. He is setting trends with his very successful “Luxury Session Ibiza” compilation series and is DJing for MTV, VIVA and is the resident DJ of several clubs across Europe. His tracks and productions can often be found in the download charts of several online music stores.

Stray Theories is the ambient electronica project of the Australian musician/composer Micah Templeton-Wolfe who is currently based in New Zealand. Micah has already worked on an ambient remix for the single “Is it too late – feat. Lena Belgart”. He is constantly releasing new tracks and is highly valued in the chillout and ambient scene. His music has been released on many compilations including Sony Music’s “Bar Lounge Classics” and “Lounge Top 55” (Drizzly) and is played on radio stations and film/multimedia projects across the globe.

Written and produced by Thomas Lemmer.
Cover and Artwork by Javier Pardina.